Sea Trout, or sea runes brown is a quite common fish in Iceland. the season starts in April 1st until October 20th..

The brown trout either spends its entire life in fresh water or migrates to the sea after spending its first years as fry in rivers or streams (sea trout).
Like the salmon, the brown trout spawns in running water.

The juvenile sea trout travel down to the sea in spring when two to four years old, before returning upstream in late summer or autumn to overwinter in the home river. The sea trout generally makes two to three journeys down to the sea before it reaches sexual maturity and spawns.

Sea trout can travel to the sea many times after reaching maturity and usually spawn every year. Large sea trout will generally have survived a number of migrations.

The most providing rivers in Iceland are located in the south East coast of Iceland and have big lava fields, glaciers and black sand surrounding. Its spectacular to fish for big Sea trouts in this breath taking landscape.

Fishing for Sea trout in Iceland is best during the daylight in to the twilight. Using streamers is the most common, but nymphs and dryes can be very useful in right conditions. 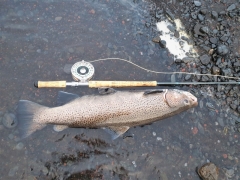 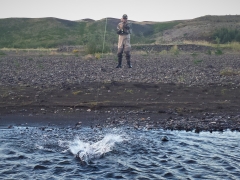 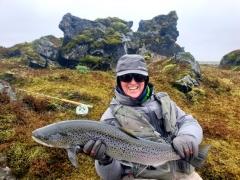 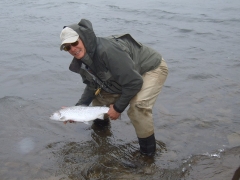 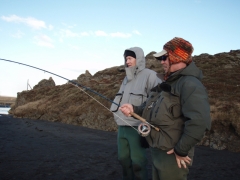 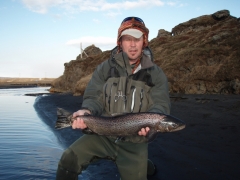 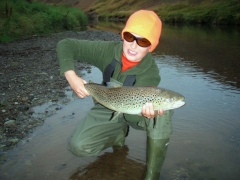